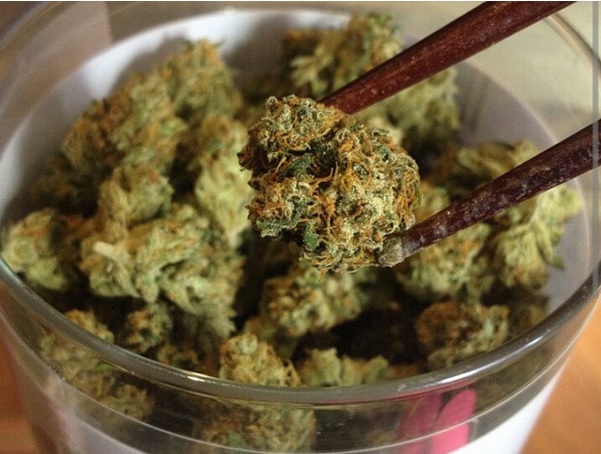 A small study published today offers some of the strongest support yet for that cannabis extracts can help reduce the frequency of seizures for epilepsy sufferers. More than half of the children and adults treated with the marijuana extract, cannabidiol (CBD), experienced a decrease in seizures over the course of a 12-week trial.

CBD is a non-psychoactive compound derived from cannabis which can be administered to patients without getting them high.

About a fifth of the participants experienced side effects such as drowsiness, diarrhea, fatigue, and loss of appetite.

The side effects may account for the relatively high dropout for the trial. 76 of the 213 patients between the ages of 2 and 42, did not complete the full course of treatment. 54% percent of the remaining 137, did see a reduction in epileptic seizures.

The Verge reports:
[su_quote]Dr. Orrin Devinsky of the NYU Langone Comprehensive Epilepsy Center is the lead researcher for this study, which he will present to the American Academy of Neurology’s Annual Meeting later this month. He cautions that it’s still only an early trial that could be subject to a placebo effect: knowing you’re taking something that’s supposed to make you better could be helping by simply fostering a more positive mindset. Devinsky plans to soon begin a randomized, placebo-controlled trial, where neither the doctors nor the patients know whether they’re receiving CBD or a placebo. That should preclude any potential bias in the findings and help establish a scientific basis for the enthusiasm (or otherwise) for using marijuana as a healing agent.

The study was supported by GW Pharmaceuticals, a UK company that provided the cannabidiol used for testing. Devinsky and GW presented similar findings at the end of last year, though the number of patients has now grown and progress is being made toward more rigorous trials. One of the main stumbling blocks, notes Devinsky, is that at least three US federal agencies have to provide clearance before a cannabis trial on human subjects can proceed: the Food and Drug Administration, the Drug Enforcement Agency, and the Bureau of Narcotic Enforcement. So even though everyone agrees that more research is required, getting there looks likely to be a long and drawn-out process.[/su_quote]