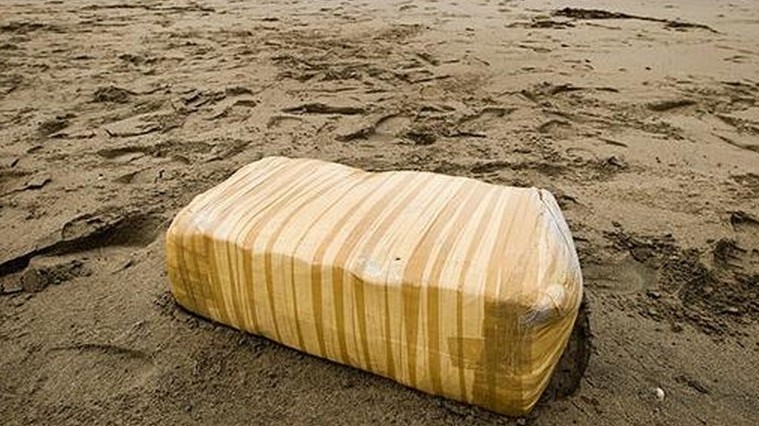 Tropical storm Ana is responsible for causing significant beach erosion along coastal beaches in North Carolina where it made landfall last week, but the storm is also being blamed for washing ashore 12 pounds of weed.

Major Shawn Reaume of the Atlantic Beach Police Department says a call came in around 10:15 a.m. Sunday about a “suspicious” package, wrapped tightly in brown tape, that was discovered on the shoreline.

Officers examined the package and determined that it contained over 12 pounds of marijuana.

According to Maj. Reaume, Tropical Storm Ana likely washed the package ashore; which appeared to have been in the water for quite some time, because barnacles and other sea creatures were attached to it, reports WECT-TV.

An Alabama man also stumbled upon a 10-pound package of marijuana that washed ashore near Cotton Bayou Beach access in Orange Beach on Tuesday.

The man called police, who picked up the package. Authorities said the bag weighed-in at 10 pounds and was worth about $8,000.